We have had many debates and discussions about which direction to drive, which countries to see and explore, and how long to spend in each place.

What is the plan? 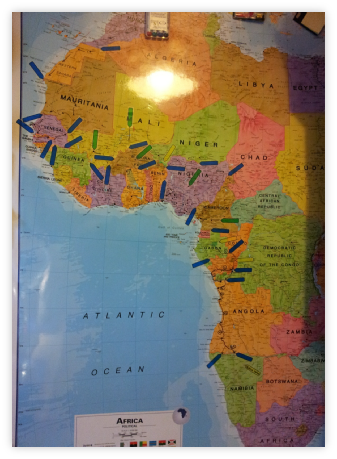 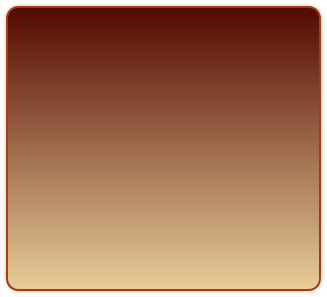 Our departure date is set for early October 2012.

How long will we travel for??

Until we don't want to anymore ... or the money runs out.

Life is either a great adventure or nothing

But, overplanning our trip would - for us - take away some of the adventure, some of the spontaneity and so a lot of the fun.  Instead, we are setting ourselves a broad direction and idea, and then we’ll take it from there.

Our first decision was whether we would explore the west coast or the east coast of Africa.  When we started our early thinking many years ago - in the days when the trip was more of a dream, more of a fantasy and less of an actual reality - we decided on the less developed west coast.  In the passing years, the east coast appears to have become more commercialised, and probably easier to navigate than it was a few years back.  The west coast - while still undeveloped - has certainly seen more overlanders travelling through.

And so, we have maintained our west coast idea, and keep looking for places to visit off the beaten track.

The European leg of the trip has been debated at length.  Originally, we wanted to make the quickest, most direct route to Algerciras in Spain to catch the ferry to Africa.  Then we debated exploring a little of Europe before heading on the African continent.  Finally, we decided that if we are doing this trip, we are doing it ‘properly’ - and so we need to start at the northern most point of Europe! After all, why not?!

So, starting in the UK (official start point now set as Adventure Overland Show, Northants), our plan is to head across the channel into Denmark (ferry from Harwich to Esbjerg) and make our way to northern Norway via Sweden.  After standing on top of the world (so to speak), we’ll make our way back down through Norway, Continental Europe and into Spain.  Our last point on Continental Europe is Algerciras, where we catch a ferry to Ceuta and cross into Morocco - our first step on African soil!

From Morocco, we'll head down the west coast of Africa: Western Sahara into Mauritania.  We are thinking seriously about exploring Senegal on our way to visit The Gambia - mainly because The Gambia looks like it is worth a visit! Back through Senegal, we had originally planned to head into Mali to visit Timbuktu.  However, developments in 2012 have resulted in a detour.

We'll now be heading from Senegal into Guinea and Cote d'Ivoire before joining our original plan of Burkina Faso.  Next, the three skinny countries of Ghana, Togo and Benin.  From Benin, we have altered our plan slightly, and rather than head into Nigeria directly, we'll see if we can head north into Niger, skirt along the southern part, and enter Nigeria further along eastwards.  Again, recent unrest in the NE area of Nigeria is being closely monitored.

The loose plan from here is to keep heading south towards South Africa: Cameroon, Gabon, Congo, DRC, Angola and Namibia.  Then, we’ll cross into South Africa - with Christmas 2013 with family outside Cape Town - before touching Cape Agulhas, the Cape of “Kapp2Cape”.

Our tentative plan is that after a catch-up with friends and family, we'll make our way up the east coast in the direction of Egypt.  However, this all very much depends on the politics and unrest at the time … being flexible and adaptable is the name of the game!

So, we’ll just play it by ear!

And so, with all the best laid plans in the world …

… the trip morphed into something completely different, and the route we actually travelled looked nothing like the plan.

More details on the blog